The Iditarod Trail Sled Dog Race is one of Alaska’s iconic winter events, and the excitement traditionally starts in Anchorage on the first Saturday of March each year.

The 2021 Iditarod Trail Sled Dog Race will feature modifications as a public health precaution against the spread of COVID-19. Click here for more information.

A Downtown Start for Iditarod

The traditional Iditarod course begins on Fourth Avenue at D Street and runs all the way to Campbell Creek Science Center. Onlookers get a close-up view of the teams. Spectators flock to the start line downtown or stake out a spot further down the 11-mile route through Anchorage. After a restart at Willow the following day, Iditarod mushers and their dogs battle the elements and test their own limits across the trail.

The 2021 race is something a little different. This year, instead of the traditional 1,000 mile course to Nome, teams will run a course dubbed the "Iditarod Gold Trail Loop." The special race route will follow a portion of the traditional southern race route to the Iditarod checkpoint, continue to the mining ghost town of Flat, then loop back to the finish line in Willow. The route is approximately 860 miles, shorter than a normal year, but passes through notoriously difficult portions twice, including the Alaska Range mountains, Happy River Steps, and Dalzell Gorge.

The start of the Iditarod coincides with other great winter events. Anchorage Fur Rendezvous is one of the largest winter festivals in the world, and finishes a 10-day run on the weekend of Iditarod.  The Running of the Reindeer, a dash down Fourth Avenue with live reindeer, are on the afternoon following the Iditarod Start. The Charlotte Jensen Native Arts Market, snow sculpture competition and Miners and Trappers Ball are all on Saturday too.

Dog sleds aren’t the only thing sliding along the trails. The Tour of Anchorage, a community cross-country ski race, takes to the trails on the day following the Iditarod start in Anchorage. It’s also a great time to check out downhill skiing at Hilltop Ski Area, Arctic Valley and Alyeska Resort. 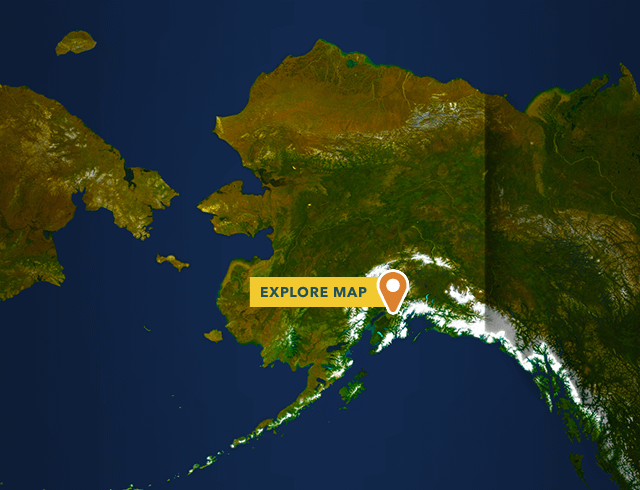